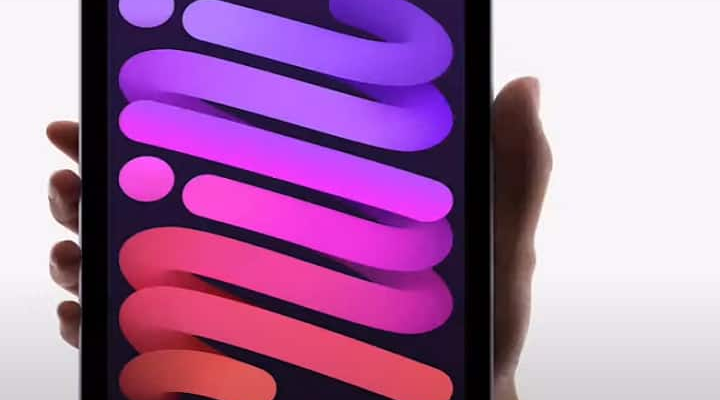 Apple iPad mini Launch: iPad mini has been launched by Apple on Tuesday night. It has many features, due to which you would love to buy it. A13 BIONIC processor has been given in it. It will be much faster than the previous iPad. In the US, pre-booking can be done for this from today itself. The iPad has a 12 MP ultra wide camera with 122 degree point of view. The front camera comes with a new center stage feature that will make calls more natural and automatically detect other users.

Features of the iPad Mini

It will support the first generation Apple Pencil. It will ship with iPadOS 15. It has an 8.3-inch screen with Touch ID as part of the top button. The CPU is 40 percent faster than Apple’s previous generation iPad mini. The iPad Mini has a USB-C port. You can connect it to your camera, laptop, any other device. It also supports 5G.

The rear camera of the Apple iPad mini is 12 megapixels, which has the ability to record in 4K. Up front, it has a 12MP ultra-wide camera as seen on the new iPad. It also gets a new speaker system with stereo. It also supports the second generation iPad mini. The company has introduced the iPad mini in many new colors. Apple says it has been designed to ensure the best experience.