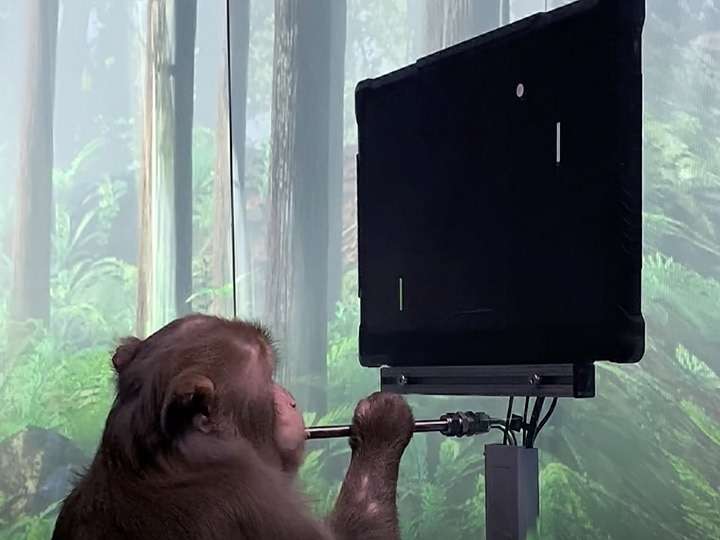 The video of a monkey playing video games is going viral. Elon Musk’s company Neuralink has released this video. Neuralink is developing implantable brain-machine interfaces to connect the human brain to computers. In this video, a monkey is shown playing video games using his brain. Elon Musk has also shared a video of Monkey playing Pong on Twitter.

The nine-year-old monkey (Pager) was fitted with a Neuralink chip about six weeks before the video was shot. He was previously taught to play on-screen games with a joystick. In the video, the monkey is seen playing the game using the color box joystick. Neuralink had used machine learning to predict where the monkey would take the color box and had already guessed its hand movements. Eventually, the joystick was disconnected from the computer after some time, but the monkey had his brain disconnected. Continued to play pong using.

Elon Musk shared a link to the YouTube video on Twitter, writing, “Monkeys play pong with their brains” Alan further wrote that “a monkey is playing a video game using a brain chip !!” His tweet has received more than 1.20 lakh likes and thousands of reactions.

Products are also being made for paralysis victims
In another tweet, Elon Musk stated that Neuralink would enable a person suffering from product paralysis to use a smartphone with his brain and it would work faster than someone using a thumb.

Across the world, the campaign for vaccination of corona is advancing rapidly, the Pfizer-Biotech vaccine is playing an important role