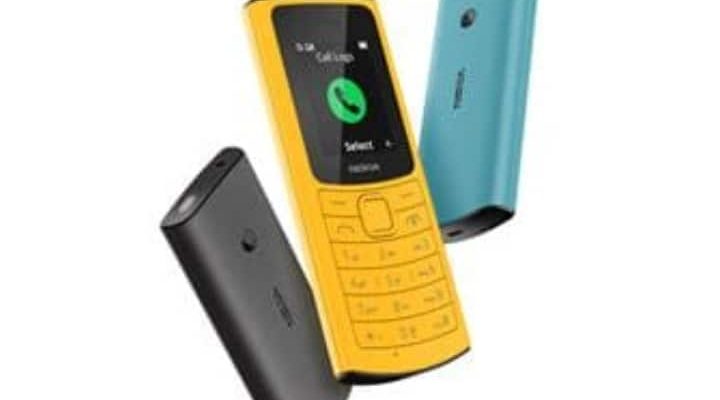 Popular company Nokia for its feature phone has launched a new feature smartphone Nokia 110 4G in India. This phone has been launched in the market with HD voice calling feature. The company has previously launched this phone in Europe. If we talk about India, then the price of this phone has been fixed at Rs 2,799. If you want to buy this phone, then from today you can buy from the e-commerce platform Amazon.

specification
The Nokia 110 4G feature phone has a 1.8-inch QVGA color display, which has a resolution of 120X160 pixels. The phone is equipped with Unisoc T107 processor. This Nokia phone works on the Series 30+ operating system. It has 128MB RAM and 48MB internal storage, which can also be expanded up to 32GB with the help of microSD card.

camera
Talking about photography, the Nokia 110 4G phone has a 0.8-megapixel QVGA rear camera. In this phone, the company has given 4G connectivity and HD voice calling support. Apart from this, 3-1 speakers and MP3 player are also present in the phone.

battery
For power, a 1,020 mAh battery is provided in the Nokia 110 4G, which can also be removed from the phone. It is claimed that its battery will give standby time of up to 13 days. Not only this, the phone also offers 16 hours of music playback and 5 hours of 4G talk time. Wired and wireless FM radio support is available in this Nokia phone. In this, fun games like the iconic snake have been given. It also has a 3.5mm audio jack.

Poco F3 GT Launch: Poco’s new smartphone launched in India, will be able to use it for the whole day by charging 15 minutes