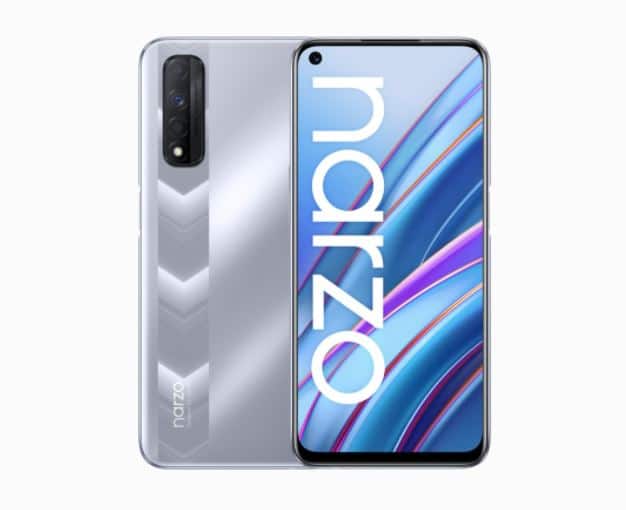 Realme Narzo 30 specification
Talk about the features of Realme Narzo 30, this phone has a 5000mAh battery, which supports fast charging. This phone works on Android 11 based Reality UI 2.0. Its display is 6.5 inch Full HD + This phone works on the Octa Core MediaTek Helio G95 processor. You will get 6 GB of RAM and 128 GB of storage in it. This is a dual sim phone. The company launched it with Racing Blue and Racing Color Option.

Talk about this phone, there are many such great smartphones in the budget range in the market. Realme Narzo 30 can compete with the recently launched Sony Xperia Ace 2. Sony Xperia Ace 2 is a budget phone, its price is 14,800 rupees. This phone has a 5.5-inch HD + display The phone has an octa-core MediaTek Helio P35 SoC processor. This phone is also water resistant. It has 4GB of RAM and 64GB of storage. You can increase the storage up to 1TB. Dual rear camera setup has been given in the phone. In which the primary camera of 13 MP has been given. For selfie, it has an 8MP camera. You will get 4,500mAh battery in it, which supports charging of USB Type-C port.