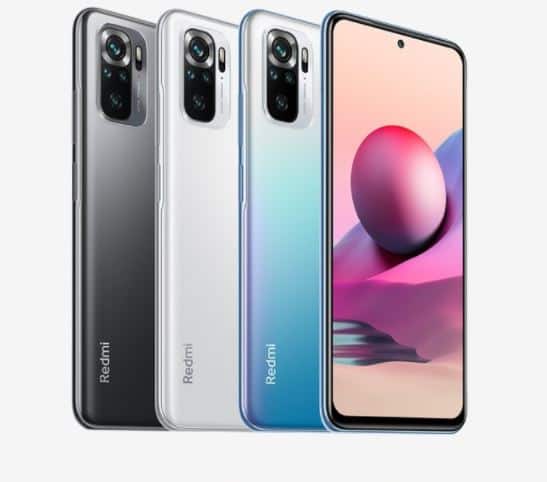 If you are planning to buy a new smartphone then stop for a while. Soon Xiaomi is about to launch a new edition under its Redmi Note 10 series. The company is going to launch Redmi Note 10s in India on 13 May. Chinese smartphone company Xiaomi has launched the Redmi Note series of smartphones earlier. Now the company has also released its teaser regarding the launch of the new Redmi Note 10s. However, this will be a virtual launch, which you will be able to see live on the company’s official social media.

Let us tell you that Redmi Note 10s will be launched on May 13 at 12 noon. The performance and camera have been highlighted in the teaser of this phone. The global variant of this phone has already been launched. Let’s know what its features will be.

Redmi Note 10s features
Redmi Note 10s has a 6.43 inch Full HD Plus AMOLED display. The MediaTek Helio G95 chipset has been given in this phone. You will get 8GB of RAM and 128GB of internal storage. Talking about the battery in the Redmi Note 10s, a 5,000mAh battery has been given which comes with 33W fast charging support. A side mounted fingerprint scanner is provided. This phone will run on MIUI 12.5.

Redmi Note 10s camera
Redmi Note 10s has the highest focus on the camera, in this phone you will get 4 rear cameras. In which 64MP primary lens, 8MP ultra wide second lens, 2 MP macro sensor and 2 MP depth sensor have been given. At the same time, a 13MP front camera will be available for the selfie. Talk about its price, it is estimated that it will be worth between 12 thousand and 15 thousand.

Redmi Note 10s will compete with phones in the range of 15 thousand. Which includes phones from Samsung, Oppo, Poco and Realme. In this range, you will find phones with a great 64MP camera.

Match realme 6
Realme 6 has a 64 megapixel Samsung GW1 sensor with quad rear camera, 8 megapixel ultra wide lens and a macro and depth sensor. A 16-megapixel camera has been given for selfie. MediaTek Helio G90T SoC has been given in this phone. The standard version has a 4,300mAh battery. For security, a side mounted fingerprint sensor has been given in the phone. In the new phone, you will get 6.5 inch display with HD + resolution. Also protection of Corning Gorilla Glass 5 has been given.