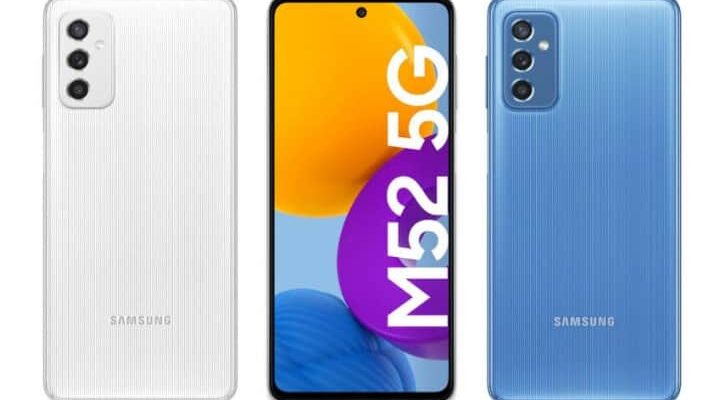 South Korean company Samsung is going to launch a new smartphone in India under its M series. The company will soon launch the Samsung Galaxy M52 5G smartphone in the market. Samsung has also announced its launch date. According to the company, this phone will be launched in India on September 19. You will be able to buy it through e-commerce company.

Possible Specifications
The Samsung Galaxy M52 5G smartphone will have a 6.7-inch Full HD + Super AMOLED display, which has a resolution of 1,080×2,400 pixels. Its refresh rate is 120 Hz. The phone will work on Android 11 based OneUI 3.1. Qualcomm Snapdragon 778G processor has been used in this phone. It has 6GB RAM and 128GB internal storage.

camera
For photography, a triple-rear camera setup can be given in the Samsung Galaxy M52 5G smartphone, whose primary camera will be 64 megapixels. At the same time, another sensor of 12 megapixels and 5 megapixel depth camera will be given. The phone has a 32-megapixel front camera for selfie and video calling.

Smartphones Under 15,000: These are great smartphones with 64 MP camera and strong battery, the price is less than 15000

From Apple iPhone 13 Mini to iPhone 13 Pro Max, know the price of each variant of all models here