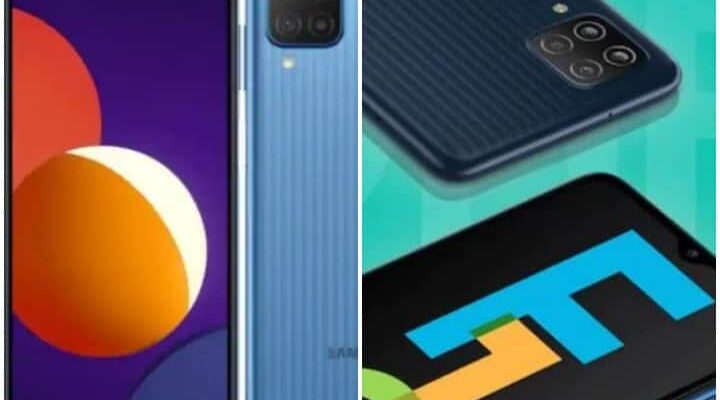 There is bad news for the users of South Korean tech company Samsung. Actually the company has increased the prices of its two popular smartphones Samsung Galaxy M12 and Samsung Galaxy F12. Samsung has increased Rs 500 on both these phones. These will now be found expensive both offline and online. The specifications of both these smartphones are almost the same. Let us know how much their price has become after increasing their prices.

Specifications of Samsung Galaxy M12
Samsung Galaxy M12 has a 6.5-inch HD + display, which has a resolution of 720×1600 pixels. This phone with dual sim support is based on Android OS based One UI Core. TFT Infinity-V display has been given in the phone. This phone is equipped with Exynos 850 processor. The phone has 4 GB RAM and 64 GB storage and 6 GB RAM and 128 GB storage option. Its storage can be increased to 1 TB with the help of microSD card.

camera and battery
The quad rear camera setup has been given in Samsung Galaxy M12, in which 48-megapixel main camera, with f / 2.0 aperture is given. The second 5 MP ultra wide lens, which has an aperture f / 2.2 and the third and fourth lens is a 2 MP depth sensor, macro lens. It has an 8 MP front camera for selfie and video calling. For power, it has a 6000mAh battery, which gives a backup of 58 hours on 4G network.

Specifications of Samsung Galaxy F12
Samsung Galaxy F12 has a 6.5-inch HD Plus Infinity V display, which comes with 90Hz refresh rate. The phone works on the Android 11 operating system. This phone is equipped with Exynos 850 processor. It has 4 GB RAM and 64 GB internal storage, which can also be expanded with the help of microSD card.

camera and battery
The camera of Samsung Galaxy F12 is its specialty. For photography, a quad rear camera setup can be given in this phone, whose primary sensor will be 48 megapixels. Samsung isocell technology and GM2 sensor have been used in this. Which will give the best camera results. LED flash is also given in the back panel of the phone. Samsung Galaxy F12 has a 6000mAh battery for power, which comes with 15W fast charging support.

Xiaomi’s fastest charging smartphone can be launched on this day, will charge in just 8 minutes