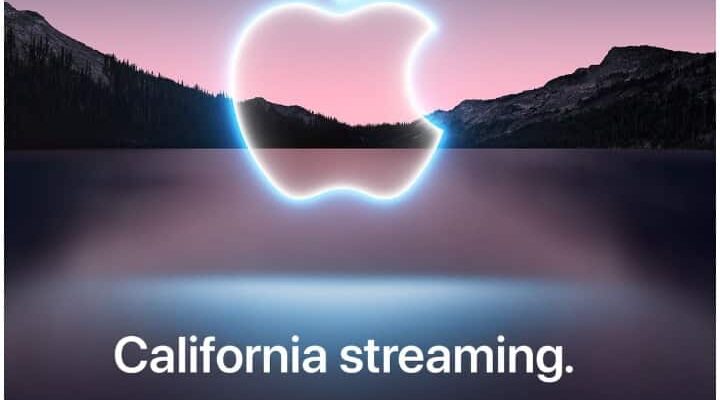 Today is the biggest day for Apple iPhone lovers. After a long wait of a year, today the company is going to unveil its new iPhone 13 series. In a virtual event, Apple can launch many products along with its new iPhone 13 series. The title of this virtual event has been fixed as “California Streaming”. What will be special in this series, let’s know the special things of the event and series.

Where and at what time can I watch live streaming?
Apple iPhone’s mega event “California Streaming” will be held tonight at 10.30 Indian time. If you want to witness this launch event i.e. want to watch it live, then you can see it on the company’s website and the company’s official social media platforms. Let us know what can be launched in this event.

Apple iphone 13 Series
Under the Apple iPhone 13 series, the company can launch iPhone 13, iPhone 13 Pro, iPhone 13 Pro Max and iPhone 13 Mini. According to media reports, this time there will be a lot of changes in the Face ID feature of iPhone 13. The company is working on a special technology in this, under which users will be able to unlock the phone even by applying a mask. Also, even if someone has put on glasses in the fog or in the sun, the phone will recognize the user’s face and unlock the phone.

so can the price
According to different media reports, the company will launch iPhone 13 Pro Max with a price of $ 1,099 i.e. around Rs 80,679. The first cell of the phone will be started from September 24. You can buy this smartphone with White, Black and Product (Red) color options. It is believed that this phone will also be available in Pink color.

Can make calls without network
This special technology coming to the Apple iPhone 13 series smartphones will allow users to send messages and make phone calls, regardless of whether the 4G/5G towers come in the smartphone or not. If you understand in easy language, then users will be able to call or message anyone without network. This facility will prove to be very useful in emergency. Apple started its LEO Satellite X iPhone implementation in the year 2019, but for the first time the company is offering this special feature in any of its smartphones.

Will get support for mmWave 5G
According to leaked reports, the iPhone 13 series can get support for mmWave 5G. By this year, mmWave 5G coverage will be available in many countries, so that users will be able to enjoy high-speed 5G connectivity through the iPhone 13. For information, let us tell you that faster internet speed is available on mmWave network than other 5G networks. But its price is also high.

Watch Series 7
Apple will also unveil the latest Watch Series 7 at its launch event. This watch can be launched with smaller bezels and a flat-edged design. Also, a smaller S7 chip can be given in it, giving more space for a bigger battery or other components. This chipset will be made by Taiwan’s ASE technology. Many new watch faces will be seen in this watch.

Apple iPad mini 6
According to media reports, Apple iPad mini 6 will be launched with the latest features. The front bezels will be ultra-thin. Some of its photos have been leaked, which has revealed that this time Apple can give the volume button upwards in its iPad. Also, the power button will be given on the other side of the volume button. Its display can be 9 inches. It will be equipped with A14 Bionic processor. It has been revealed in many reports that the company can launch it with a price of 30 thousand rupees.

Good news before the launch of iPhone 13! Huge cut in the price of iPhone 12 series, know the new price

Discount Offer: Thousands of discounts are available on this 5G smartphone with 8GB RAM, know the offer