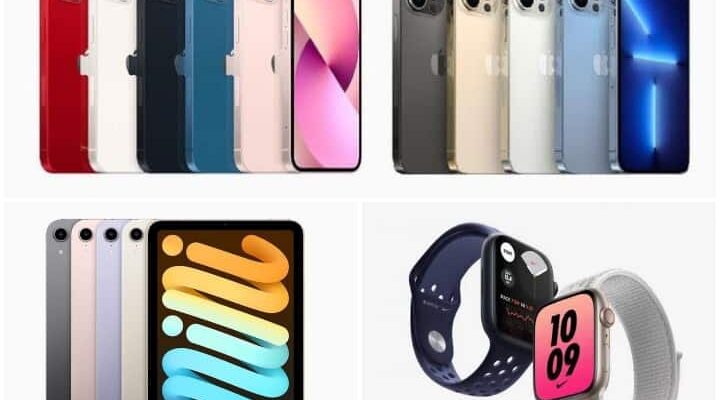 The year-long wait of Apple iPhone lovers is over now. The giant American company organized the biggest event of the year yesterday, in which apart from the iPhone 13 series, many Apple products were launched. The company has equipped its new series with modern technology. Apart from Apple iPhone 13 series, Watch Series 7, iPad, iPad mini were also screened at the event. Let us know in detail about the features and their price of all these products.

camera
The 12-megapixel dual rear camera setup has been given in the iPhone 13 and iPhone 13 Mini. In this, the first wide and the second ultra wide angle are supported. At the same time, a 12-megapixel camera has also been given for selfie and video calling. For video, cinematic mode has been given in it. Both these smartphones are available in Product Red, Starlight, Midnight, Blue and Pink color options.

iPad and iPad mini
In iPad, the company has given a 10.2-inch Retina display. It works on A13 chipset. Apple claims that it has increased the performance of CPU, GPU and Neural Engine by 20 percent. In this, users will get 64GB storage instead of 32GB. The iPad mini, on the other hand, sports an 8.3-inch screen with Touch ID as part of the top button. Apple claims up to 40 percent jump in CPU performance and better GPU performance compared to the previous generation iPad mini. It also runs on A13 Bionic chipset. The iPad mini has a USB-C port. You can connect it to your camera, laptop, any other device. It also supports 5G. It has a 12MP ultra-wide camera with 122 degree point of view.

Apple will release iOS 15 and iPadOS 15 on September 20, know its features