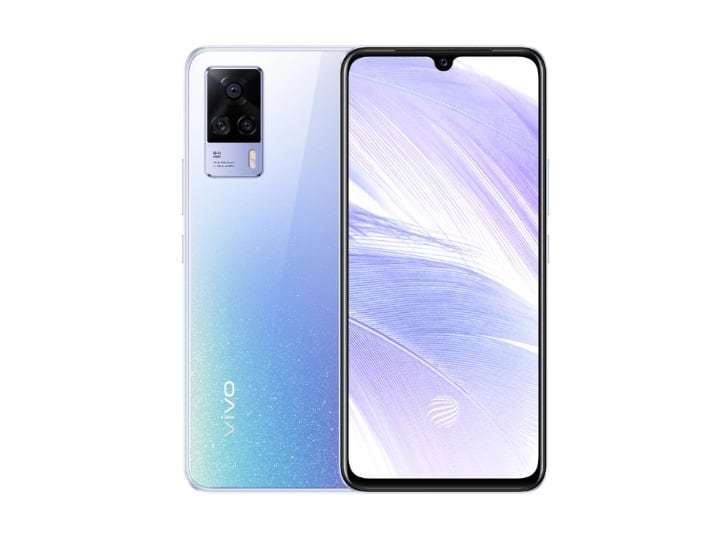 After Samsung, Oppo and Reality, now Chinese smartphone company Vivo has also launched its new 5G phone Vivo V21 5G in India this month. The phone has a 64-megapixel camera with MediaTek Dimension 800U processor. For power, it has a 4,000mAh battery, which comes with 33W fast charging support. Let’s know about the price of the phone and its specifications.

This is the price of the phone
Vivo V21 5G 8GB RAM and 128 GB internal storage variants have been priced at Rs 29,990. At the same time, the price of its 8GB RAM and 256 GB storage has been kept at Rs 32,990. Pre-booking of this phone has started from tomorrow. Its sale will be on Flipkart and Vivo’s online store from May 6. In this, a cashback of Rs 2,000 will be available on HDFC Bank’s card on this phone of Vivo.

Such is the camera
Talking about photography, the Vivo V21 5G has a triple rear camera setup, whose primary camera is 64 megapixels. Also, an 8-megapixel ultra-wide angle lens has also been given. Apart from this, a 2 megapixel macro lens has been given. The phone has a 44-megapixel front camera for selfie and video calling.

4,000mAh battery
For power, the Vivo V21 5G smartphone has a 4,000mAh battery, which will come with 33W fast charging support. The company claims that this smartphone will be charged more than 60 percent in half an hour. The phone will be available in sunset dazzle, dusk blue and arctic white color options. Indisplay fingerprint sensor has been given in the phone.

Samsung Galaxy M42 5G will compete
Vivo V21 5G will compete with Samsung Galaxy M42 5G in the Indian market. This phone has a 6.6 inch HD + Super Amoled Infinity-U display. The phone works on One UI 3.1 based on Android 11. For performance, a Qualcomm Snapdragon 750G SoC processor has been used in it. It has 8 GB RAM and 128 GB storage, which can also be increased to one TB with the help of MicroSD card. The specialty of this phone is that users like Knox security and Samsung Pay have also been given in it. The variant of 6 GB RAM and 128 GB storage of the phone is priced at Rs 21,999.

Realme’s mega event canceled due to Corona epidemic, scheduled to be held on May 4

When will Apple iPhone 13 series launch and how much will it cost, know everything here