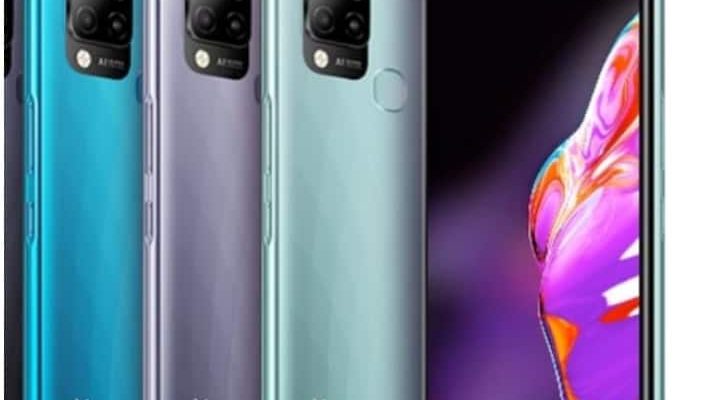 Often the first thing people ask while buying a new smartphone is the battery of the phone. In this era of gaming, everyone wants the battery of his phone to be strong. That’s why smartphone companies also insist that users should be made available phones with more battery capacity at a lower price. In the recent past, many such phones have been launched in India which is equipped with 6000mAh battery. So let’s take a look at these smartphones and know what other features are included in them.

Infinix Hot 10S
The Infinix Hot 10S smartphone has a 6.82-inch HD + IPS display, which has a resolution of 1640×720 pixels. The phone is equipped with Octa-core MediaTek Helio G85 processor. The phone works on Android 11 based XOS 7.6 operating system. Morandi is available in Green, Heart of Ocean, Black and Purple color options. Infinix Hot 10S has a triple rear camera setup for photography, whose primary camera is 48 megapixels, secondary 2 megapixel depth sensor and third AI based lens. It has an 8-megapixel front camera for selfie and video calling. For power, a 6000mAh battery is provided in Infinix Hot 10S, which comes with 10W charging support. The price of the phone is Rs 10,999.

Samsung Galaxy F62
Talking about the specifications of Samsung Galaxy F62, this phone has a 6.7-inch Super OLED display. The phone has been launched in 6GB, 8GB RAM and 128GB storage variants. This phone will work on Android 11 operating system. For performance, Exynos 9825 processor equipped with 7 nanometer process technology has been used in it. Quad rear camera setup has been given in Samsung Galaxy F62 for photography. The phone has 64 megapixel primary, 13 megapixel ultra-wide and 2 megapixel macro, 2 megapixel depth sensor. A punch-hole cut-out design has been given on the front panel of the phone for selfie. For power, it has a big and strong battery of 7000mAh. Its price is Rs 19,999.

Poco M3 5G
Poco M3 Pro 5G has a 6.50-inch display, which has a resolution of 1080×2400 pixels. This phone is equipped with MediaTek Dimensity 700 SoC processor. The phone works on the Android 11 operating system. It has 6GB RAM and 128GB internal storage, which can be expanded up to 1TB. Triple rear camera setup has been given for photography in Poco M3 Pro 5G, whose primary camera has been given 48 megapixels. Apart from this, 2 megapixel macro and 2 megapixel depth sensor is available in the phone. The phone has an 8-megapixel front camera for selfie. You can bring it home for Rs 15,999.

Samsung Galaxy F22
The Samsung Galaxy F22 smartphone has a 6.4-inch HD + Super AMOLED display, which has a resolution of 700×1600 pixels. The phone works on Android 11 based One UI 3.1. This smartphone can be equipped with MediaTek Helio G80 processor. Its storage can be increased to 1 TB with the help of microSD card. For photography, quad camera setup has been given in Samsung Galaxy F22, whose primary camera is 48 megapixels. Secondary camera is 8 megapixels and 2 megapixel depth sensor with 2 megapixel ultrawide sensor has been given. For power, the phone has a strong battery of 6000mAh, which comes with 25W fast charging support. It can be purchased for Rs 12,499.

Tecno Spark 7T
This Tecno smartphone has a 6.52 inch IPS HD Plus display. The phone is equipped with MediaTek Helio G35 processor. It has 64GB of storage with 4GB of RAM, which can also be expanded with the help of a microSD card. It has 48 megapixel rear camera while 8 megapixel front camera. For power, a strong battery of 6000mAh has been given in the phone. If you are fond of gaming then this phone will be of great use to you. The price of this phone is up to Rs 9,299.

Smartphone Tips: If a new phone is also doing slow work, then this may be the reason, know how to fix it